How to Generate SSH Keys on Windows, Linux, and Mac OS X 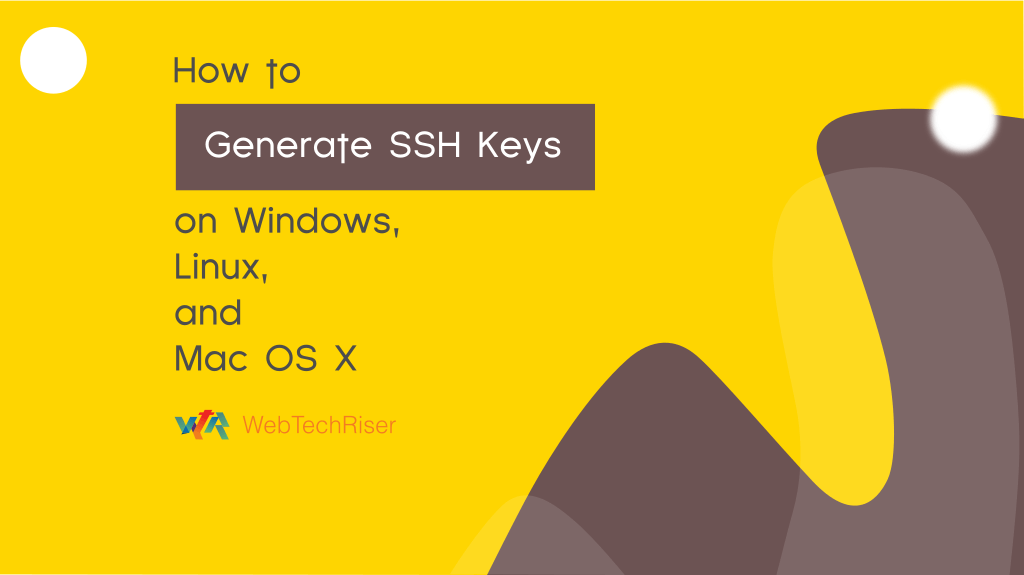 SSH is a very secure way to connect to your Virtual Private Server (VPS). Each time, we connect to the VPS, we provide a username and password for authentication. But, we can avoid it boresome task. We can establish a password-less secured connection to our VPS using SSH.

This tutorial is an attempt to show you how we can go passwordless using SSH.

How to Generate SSH Keys on Windows using PuTTY Download

In the Windows environment, we generally use PuTTY to generate SSH keys. PuTTY is a free SSH and TelNet client for Windows OS.

PuTTYgen is a key generator tool for creating pairs of public and private SSH keys. It is one of the components of the open-source networking client PuTTY. Although originally written for Microsoft Windows operating system, it is now officially available for multiple operating systems including macOS, and Linux. PuTTYgen.exe is a graphical tool on Windows OS. While on the other side, Linux OS has the only command-line version that could be accessible using SSH commands.

Run the PuTTYgen.exe app. From the Key menu, choose “SSH-2 RSA key“. You need to press the Generate button to let the app generate the necessary private and public keys.

Be sure to Save your private key!

If you’re using PuTTY, you’ll need to specify the private key when you’re logging in, as follows:

How to Generate SSH Keys on Mac OS X & Linux

How to Generate SSH Keys on Mac OS X & Linux

You should get an output that looks something like this:

Useful Things to Do after Installing Ubuntu 20.04

How to Install LEMP stack (Linux, Nginx, MySQL, PHP) with phpMyAdmin on Ubuntu 20.04

How to install ibus-avro on Ubuntu 20.04

How to Install LAMP Stack on CentOS 7

Useful Things to Do After Installing Manjaro

Important GNU, Linux and Ubuntu Commands Every First-timer Should Know